Suman and Rishi had been having a great time with each other. Life was going really smooth. Suman had even started imagining what colours the new curtains in their new house would be. Rishi and she had been spending a lot of time with each other. For a change Suman’s work at office had also been going very smooth. Unknown to her, however, a danger had been lurking in her own backyard.
One of her colleagues, Rohan, had proposed to her a few months back during the Black Dog Evening with Rob Schneider. She had declined it. This had not gone down too well with him. He had ended up spoiling the evening for her. She had so very longingly looked forward to the day. She had even planned to end it with style by hitting the discotheque later. But now all that had been put off! Her mood had been completely put off. All thanks to this once known as a sweet guy, Rohan.
Rohan had tried persuading her many times in the past. He had once again attempted it a few days back. This time Suman had had enough and she had given him a strong dressing down in front of the entire office. This had hurt his ego too much. He had vowed revenge. His humiliation had been too much. He had not been thrown out of the office but he had received a stern warning.
Suman was walking down from her office to the Metro Station with Rekha, her associate producer. Just then Rekha’s boy friend came by and she left with him. Suman was left alone. She was close to the station when suddenly a car skidded to a halt next to her and she was pulled inside. She was caught totally unawares. She tried resisting but it was futile. The person was a lot more powerful than her. Her pepper spray was in her purse which she had dropped in the melee when she was dragged in. Thankfully her phone was still in her pocket. She still had hope. She tried to scream, but a hand was cupping her mouth hard. It was impossible to scream. Suddenly something was pressed against her nose and she started feeling dizzy. She lost consciousness.
When Suman awoke, she found herself at a place she did not know. Her hands, legs and eyes were all tied. She had a cloth tied across her mouth as well. It was effortless to struggle. All her efforts to free herself were getting futile. She could hear a few voices coming from a little away. The sounds were muffled. She could not make out who the voices belonged to. She strained her ears to listen closer but it bore no fruit. 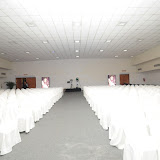