Danny had had a spectacular day 2. He had caught and tagged one of the biggest fishes of the game. He had been happy. But he wanted to remain unbeaten. He knew that in case of Angling, patience was the only key that he had. He had to employ it to full use and benefit. He had reserved his Black Dog Fly for the last day. He wanted it to be his lucky charm. Day 3 dawned, the participants were instructed to cast their lines.
Danny’s Black Dog lay immersed in the water for hours. He hadn’t tasted success yet. He pulled up a flask from his hipster and took a swig of it. It contained his rationed Black Dog Scotch. He pulled out a book and got down to reading. He knew his day would be long and tiring today. It was not the physical stress that he was expecting but then it was the mental and emotional stress. He felt a light tug on the rope. He waited for the line to tense further. It did not. The tug remained light.Danny was getting frustrated. He had expected a strong tug and a big fish. But then a light tug meant that he would not have too huge a fish caught. Nonetheless, if he wanted to free the line for another fish, he had to unhook whatever was on the line.
He rolled the line backwards but then as soon as he started it, he felt a strong hit on his boat. Much like as though something had hit it from under. It did not persist, he did not bother. He went on to rolling the line back when the line suddenly got tense and the tug on the line really strong. He now knew he had something good. He pulled on the line hard. The fish definitely was a good catch. He did not realize when he had let himself get dragged to the end of the boat.
The fish was a fighter and he still hadn’t caught sight of his opponent. Because of the strong pulling, the boat started to rock. The fish was trying all that it could to get away. Danny neither wanted to lose the fish nor his boat. After pulling for what seemed like hours, he caught the sight of the fish. It was a sailfish! Bright blue coloured fins kept emerging from the water once a way. Danny felt his energy being sapped away. He could not afford to give up now. He had almost made it. After some ten more minutes of effort, the fish gave up instead. It had gotten tired. It was now relatively easier to pull the fish close enough to weigh and tag.
This was the easier part. Tagging the fish. Well ,compared to pulling it out of water, this definitely was easier said. The fish turned out to be an astounding 75 kg in weight! It definitely was one of the heaviest fishes caught in these areas! He was proud. His record shall now remain unbeaten for a long while now.
Post championship party was all about discussing his catch. Single handed getting such  huge fish had been a strain. The line had cut through many places no his palm. But he wore it as his prize. His prize of winning the championship unbeaten! Sneha was in his one arm, the other side pocket held his lucky charm. The Black Dog Fly. 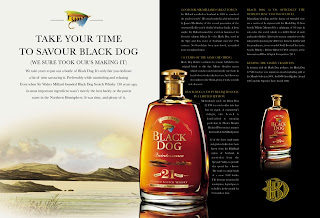