Sneha had been bitching incessantly about her boyfriend. She seemed to be totally inconsiderate of the fact that Suman was no longer listening and was lost in her own world. Sneha’s boyfriend had been recently caught in a compromising position with another girl. This expose had been orchestrated with a TV show in the tie. She had been seeing such instances happening very often in the last few weeks. This had raised a suspicion in her mind for long and the answer how loyal her guy was dogged her for long.

Suman was a TV Show producer and worked with a well known production house. She was also the person who ha seen to it that Sneha had gotten rid of the douchebag as soon as possible. She worked with the same production house that produced the loyalty test show. Being a part of the media industry meant that she often was privy to some of the best page three parties in the town. She chose not to attend those was a different question altogether. Today was however different. Sneha had dropped by her place and managed to pull her out of hiding to a party she had intended to throw. After all, Sneha owed Suman one.

Sneha’s Dad was one of the richest people in town. He owned the TV Channel where Suman’s shows were aired. The two had come across each other at the Channel house when Sneha was in a huff after having an umpteenth fight with her Dad. Choicest expletives were being exchanged between the father and daughter. Suman had ignored and had gone straight to the cafeteria. The cafeteria was teeming with all kinds of people and was full of gossip and incessant chatter. She found the sole empty table and settled down there.

After the fight Sneha had rushed out of the office but then decided against it and took to the cafeteria for a cup of cold coffee. Unfortunately for her, the cafeteria had been full. There was only one table that had one alone chair inviting her. Being the spoilt brat, she sploshed down on the chair without any permissions or pleasantaries and yelled out her order. “One Cold Coffee with double ice cream now!” Suman had not liked this attitude but ignored. After all she was not concerned. Sneha was not like that. She started off with her rants. She poured herself to Suman. This was the first time she had poured her woes out to someone. Suman sympathised with Sneha.

Nobody till this date has any clue how then these two totally different girls become thickest of the pals. However, Sneha post this would be found only at Suman’s place if she was not sleeping over at her boyfriend’s place. She seldom went home. Even if she did, it was only for her clothes or for more money.

Sneha’s party did not look like it was in any mood to get over soon. Suman grew impatient by the minute. Finally not being able to hold any longer, Suman had wandered out of the party area into another event that was happening. She hoped it would be better here. The event read “Black Dog Comedy Evenings with Russell Peters”. She dragged herself there hoping to get her evening better. And she had been right. Russell had had  soothing effect on her and had left her in splits. She was having a gala time.

It was here that she had first seen him. A rather simple looking guy, yet fairly handsome. Not so fair, yet not so dark. She had some how felt an attraction towards him. She kept looking at him for the rest of the evening. The guy never noticed though. She wanted to talk to him but then she could not. She had been tongue tied. Her phone buzzed incessantly. She could let the world wait for him. 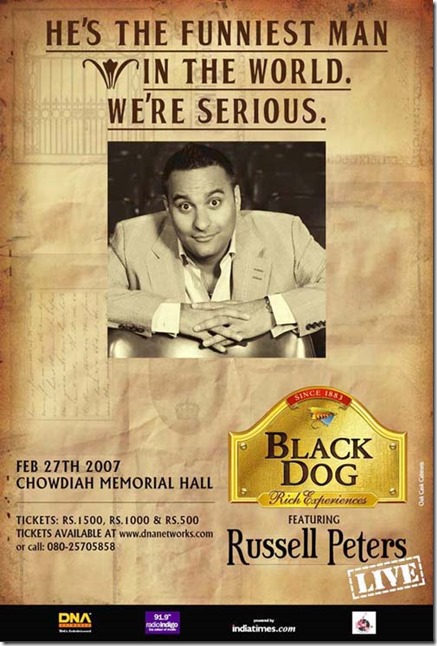 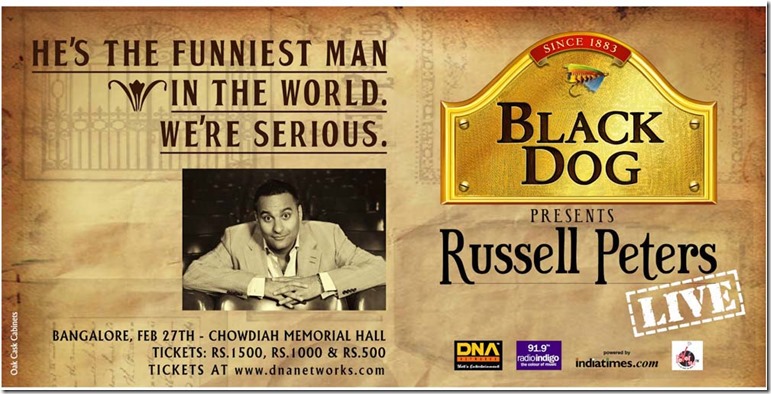