My brother and I often tend to spend time with each other in the company of our trusted Black Dog Triple Gold reserve (TGR). A common point of discussion that we often end up debating upon is the flavor of the Scotch. One thing that I have noticed while having my Triple Gold Reserve is that with each passing day, I tend to recognize more flavors other than the very evident ones. He and I often tend to disagree on many things. We have grown up kind of competing against each other. This disagreement stems from there.
Back in school, he was always known as my brother just because I was the school head boy. Then, when we started doing part time jobs to fund our pocket money back in college, he was known as my younger brother because I had already established myself. Then, when I first introduced him to the social media a few years back, 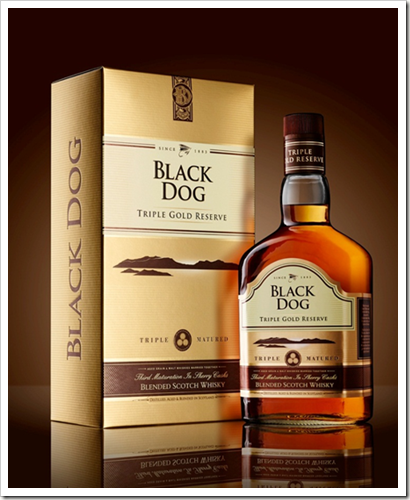 something he was wary of joining because he did not know the true outreach, he was once again known as my brother. It’s a different story that things have changed for the better now. It is not everywhere that he is still known as my brother. He has built a strong identity of his own.
It feels good when people come up to me and tell me, “Oh, you are Prateek’s brother?” rather than telling him, “Oh, you are Nirav’s brother!” Back Dog’s TGR is just like that. Something that has grown out of its eclipsing cousins. The scotch has so much to it than what meets the eye. Different flavors of the different spices added to it. It is but definite and evident that with each passing day, we are surely going to find something new in its flavor. Just the other day the two of us were arguing about the scotch having a strong flavor of vanilla and citrus. He continuously argued that there was definitely some amount of vanilla in it while I felt that it had only citrus notes to it.
It truly is a journey discovering the flavors as you relish the scotch day by day. It gives you a feeling of warmth to know more and more about the scotch you have been favoring and enjoying. It’s kind of like having a new scotch every day.
Disclaimer: The content featured above is only for people aged above 25 years. Underage drinking is illegal and against the law. Drink sensibly and carefully and please never drive under the influence of alcohol.