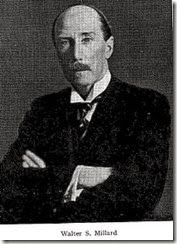 Black Dog was launched in 1883, with the name Millard Black Dog by James McKinley from the second generation of the Leith Scotch whisky blending family. The whisky was named by Walter Millard, a Scot from the East India Company, who brought the whisky to India. He was fond of angling, and chose to name it after his favourite salmon fishing fly, known as the Black Dog, which he used to fish in the Spey and Tay rivers in Scotland.
McDowell & Co (now known as USL) and United Distillers formed United Distillers India Limited in 1992, creating India’s first joint venture in the alcoholic beverages industry. It began bottling operations in Nashik to produce Black Dog for the Indian market.
Black Dog was only available in 60 ml and 750 ml bottles in India until January 2008, when the company introduced 180 ml, 375 ml and 2 litre bottles in select markets.
Blends
Black Dog Scotch Whisky is available in five variations:
1. Black Dog Triple Gold Reserve – A new feather in the cap, as the name suggests, is the only Scotch that is matured using triple maturation process. This involves a maturation process in which matured Grain and malt whiskies are mixed and once again matured in Oloroso Sherry Butts for an extra longer period of time to give the blend a distinctive flavour and a delicate finish giving it a position next to any 12 year old blended Scotch.
2. Black Dog Black Reserve Blended 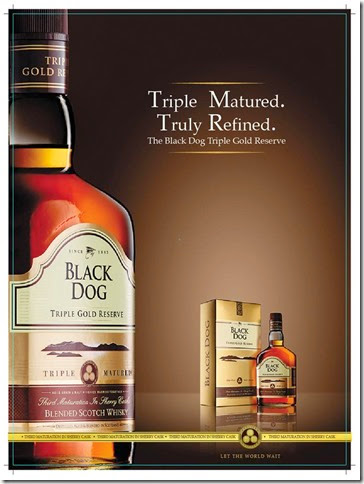