Danny sensed the dislike that Rishi was having towards him in an instant. He was used to it. He tried to lighten the mood with some cross talk recounting to the group how he and Sneha met in Maldives and how much fun they had. Rishi was not impressed yet. The dislike that he harboured grew by minutes. He would not let it get better of him. It so wasn’t him. Danny called that all of them meet over at the Black Dog organised Elvis night that evening. Everybody agreed to it except Suman! She hated Elvis! Just could not stand him. No idea why, she just hated him.
Suman needed a lot of convincing, in the end she agreed at the only condition that she would leave if she was getting bored! All agreed! They knew Suman would not ditch them so easily. Once there the event started off with little known facts about Elvis. People were amazed at how very unknown the celebrity had been to them!
Within minutes into the event, the singer started off with the best romantic singles of Elvis to set the mood. Women everywhere were clinging to the men they had come with. Every lady was emotional. Elvis’ songs brought out the emotions! Songs starting right from “Are you lonesome tonight”, “You don’t have to say you love me” to “I can’t help falling in love” had every one swaying to his tunes. With the evening getting a little too sombre and people just listening to the songs, the singer suddenly changed track and started with Elvis’ rock songs! The very first being “Jailhouse Rock”!
People suddenly found a magical thing pulling at their legs! One after the other almost everyone was on the floor dancing away to the tunes! So much so that even Suman who was cribbing until then started tapping her feet. Danny and Sneha were enjoying the songs the best! During romantic slow songs the two danced slow and when Rock came around, the two were literally throwing and spinning each other around! The singer virtually took them through every song that Elvis had sung! 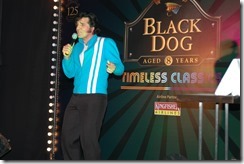 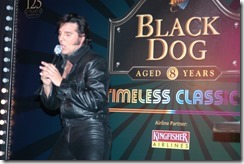 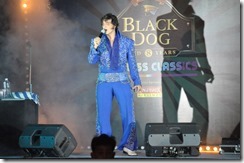 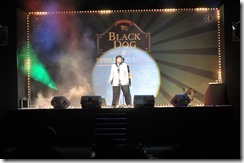 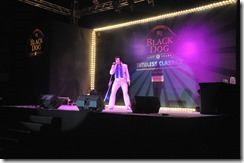 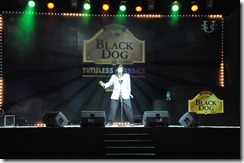