Continuing from where I trailed off, I also looked up the recipe of Crème brûlée. While I was initially wary that it may involve an utterly complex process, I was gladdened to find that it was in fact one of those few easiest to make desserts. In fact after I made it, it turned out to be so lovely that my 3 year old daughter polished most of it off without even worrying about the others in the house!

Here’s what goes into preparing Crème brûlée. Make sure you have a bottle of Black Dog Triple Gold Reserve handy while you cook, so that you can relax, and when you sit down to have this dessert so that you can enjoy the same pairing experience that I had. 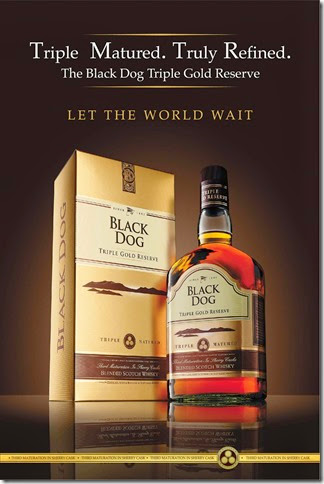 100g/4oz caster sugar (plus extra for the topping)

2. Pour the cream into a saucepan. Split the vanilla pod lengthways and scrape the seeds into the cream.

3. Chop the empty pod into small pieces, and add them to the cream.

4. Bring the cream to boiling point, then reduce the heat and simmer gently for five minutes.

5. Meanwhile, in a separate bowl, beat the sugar and egg yolks together in a large heatproof bowl until pale and fluffy.

6. Bring the cream back to boiling point. Pour it over the egg mixture, whisking continuously until thickened – this indicates that the eggs have begun to cook slightly.

7. Strain the mixture through a fine sieve into a large jug, and then use this to fill six ramekins to about two-thirds full.

8. Place the ramekins into a large roasting tray and pour in enough hot water to come halfway up their outsides. (This is called a bain-marie.)

9. Place the bain-marie onto the center shelf of the oven and bake for 40-45 minutes, or until the custards are just set but still a bit wobbly in the middle.

10. Remove the ramekins from the water and set aside to cool to room temperature. Chill until needed.

11. When ready to serve, sprinkle one level teaspoon of caster sugar evenly over the surface of each crème brûlée, then caramelize with a chefs’ blow-torch. If you don’t own a mini blowtorch, caramelize them under the grill.

13. Set aside to cool for a couple of minutes, then serve.