While sleep was elusive and Rishi was savouring his Black Dog, he kept wondering how he would progress further in his love life with Suman. Neither had professed love, nor had they denied it. But it was too early to say anything. Neither knew each any better than a coin knowing its flipside. With this he started tossing a coin. He was never a believer of chance. He always liked to have his way. What if she loved somebody else? What if he popped the question too early? What if he delayed it too much? Ugh…
His mind drifted back to the days when he was working as a software engineer. He had fallen madly, deeply in love with one girl. He had seen her for the first time in a lift. He had barely managed to read her name. He did not even know if she sat in the same building as him. He was lost, without any direction. His friends tried to draw him away from the girl, but then he could not. Finally he saw her again. She was seated in the same floor as him, the very same building, but another wing. He was happy. He finally had a breakthrough.
Few days later, when he was stuck with some code of his, he desperately needed help. He dropped a mail to all the people working on the same technology as him. Late afternoon, he got a reply. It was from the same girl. He was elated. She worked on the same technology as him. He could try and get the friendship closer. But he did not pay him much heed. His colleague on the same project as him decided to move ahead, he wanted a change in the project. Another change in life. Tough part teaching the new person coming into the project. The replacement was a girl. Ok. She wasn’t as great looking as the other girls he knew. Ok. But then came the surprise package. The girl he loved and this new girl were very good friends! They even went out for tea together.
Five months he fielded for her. Five months he went for tea every evening with them. Then came the big day. His company was celebrating 25 years of being in existence. He was high. High on love. He searched for her. He searched everywhere. He searched with his friends. He searched with her friends. Nobody had any clue. He decided to call her up. She did not answer his call. There was a big singer who had been called. She was planning to come over in a limo. He was excited. He was one of the volunteers from the organizing committee.
Finally she answered his call. Her family had comedown from her hometown. She was with them. For the first time he came to know she had a twin, a bother. She did not want to speak to him. He was bursting out of excitement. He could contain himself no longer. He burst out. He told her how much he loved her. She cut the call. She did not pick up his calls after that. He was happy he had told it to her.
Madonna arrived in her limo. There was Black Dog on the house. Public went crazy. He went crazy. At forty plus, she still looked so desirable. She still looked so HOT! His heart skipped several beats. None of them were allowed anywhere near her though. But still… they were happy even looking at her. The evening was a resounding hit. Madge belted songs upon songs. She even sang some of her unreleased numbers. They had all called it Black Dog Easy Evening! He had gone back home happy. Things never worked out between the two is another story. He wanted to make this story work. He wanted this story to work. He wanted someone he could come back home to. 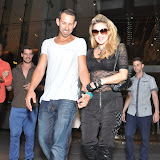 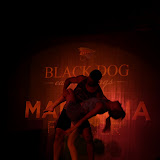