Honda invited us over a few days back to hangout with them and learn what they have been up to and what’s new with them. I have been following up with the auto industry and have been kind of fascinated by the way the cars behave now. The cars that are manufactured now have ECUs which are computers in their own word. The data from these can be read from a port that has been in all cars that were manufactured since 1996 in the USA. This port is known as an OBD2 port (On Board Diagnostics Version 2 Port). Wikipedia and Geek My Ride say that there is a treasure trove of data that can be unlocked and read. At best, to put it in short, this can unlock a minimum of Gas Efficiency, Car Location from an on board GPS Module, decode engine light reasons (Defect Tracking Code) etc. Using this, Honda has come up with an app that provides this information and more.

Honda Connect available from Google Play Store and iTunes provides the below features:

We tested the application in real time to know how it performed under various conditions. We were given a Honda car and the application installed in our phones monitoring the car that we were driving. We were simply amazed by the sheer accuracy and the speed at which the enter set up performed including the Distress Id and Help. We induced a defect into the running car. We were told that the same car is visible on a dashboard to the employees at the Honda Call Center. They have a turn around time of less than 5 mins in each case. We received a call in less than 2 mins and the exact problem was explained to us. We were also directed to the nearest dealer and told that they would be expecting us. All in all, it was a pleasant experience using the app.

I have been fairly busy off late which has led to a lot of back log in terms of blogs pending work. Honda Amaze was one such. However, this is one such experience that I would not have forgotten about even if I had chosen to write about it a few months down the line. It was a drive that not only left me exhilarated but overly amazed as well! Truly a drive to Amaze!

The experience started from the Taj Vivanta, ITPL and extended until Narsapura and back. 7 cars and several drivers, AKA us. All in a team each and all with a mission! A mission to enjoy the drive. 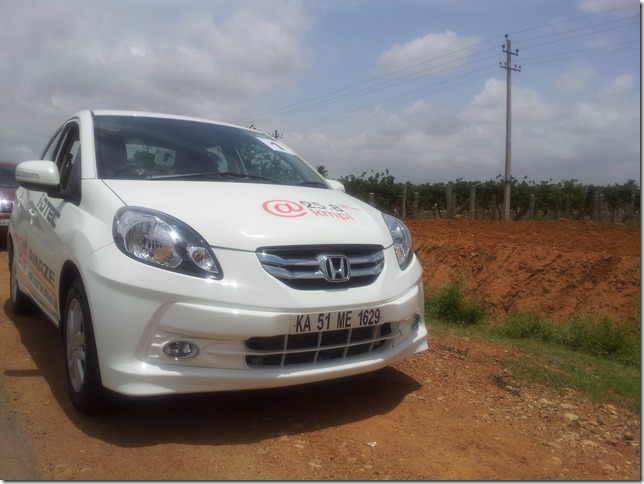 Now a quick review about the car:

The first impressions that the car would leave you with is probably that of a very sedate car. One that you would use with your family alone and probably not pump down the gas too much. The looks are fairly timid and leave you wondering if the car can really Amaze you. Of course, once you see its tail, all such thoughts are swept aside. The car has a definite Honda look to it that it manages to carry off with elan! 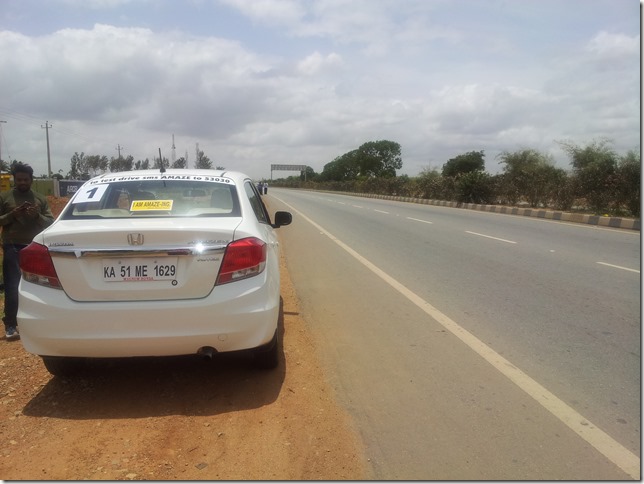 While the body is very solidly built and inspires confidence once inside the cocoon like interior shell, the car that we had did not have it’s panel gaps upto the mark. There were several instances when I felt that probably if I used a finger nail a little too much, the part would separate and fall off into my hands. Same way, a little towards the A pillar, the plastics on the dashboard started vibrating violently on certain RPMs. I was told that may be this was an issue with just the car that I had. None of the other teams experienced or reported about it though. May be it really was my car!

The Music System on board had a definite premium feel to it and did not at one moment cause unwanted vibrations in the speakers. This definitely is a plus to me since I am a music junkie and carry my music where ever I go. 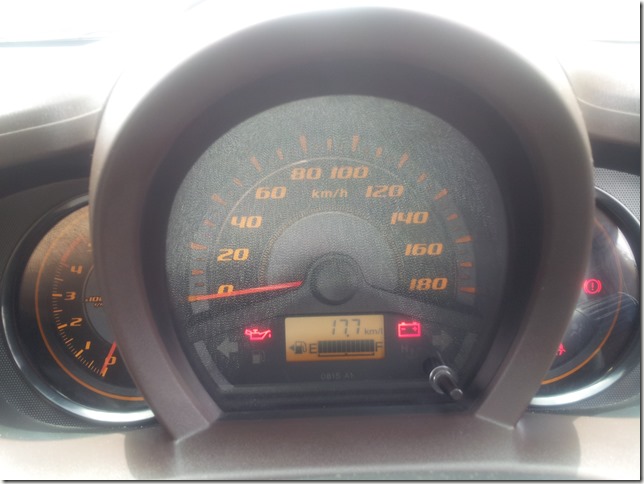 Now this is where Honda’s engineering steps in. With their Earth IVTEC technology, Honda has not only managed to make the engine more Environment friendly but also driver friendly. The engine in n way disappoints you. The Petrol Engine is supposed to return a mileage of 18.8 KMPL whilst the Diesel is supposed to deliver 25.8 KMPL. We were in the Diesel version of the Amaze.

While this is definitely not the first time I have driven a Diesel powered car, this was may be the first time that the car felt ever so sporty. The front Bucket seats had lumbar support and were height adjustable. Frankly, I have never found Lumbar support to be too much of  a use to me. I generally prefer to cushion my back with a small cushion.

The Back seats were also largely comfortable enough providing not only enough Thigh Support but also ample leg room with the driver seat completely pushed back. It is also large enough to comfortably seat 3 full sized tall adults and a kid or two on the lap!

The Honda’s Diesel Engine is a complete power horse and definitely makes for a fun drive be it in the city or the highway.

In the city, the short gear throw ensures that you don’t end up changing the gears too often leading to a more relaxed and comfortable drive in all kinds of traffic conditions. The traffic induced fatigue is also largely reduced. Now this was one reason why I said that the lumbar support was not really needed. Because I never felt fatigued either in my legs or my back.

On the highway, it’s my way or the highway feel! The short gear stick and short gear throws coupled with short gear ratios results in a very sporty feel! I felt no where lacking while overtaking or while wanting that need for extra rush. Each time I stepped on the gas, the car responded instantly and provided ample feedback! There were several instances where I overtook other teams and they were left stunned and me grinning for the instant performance rush that it gave. 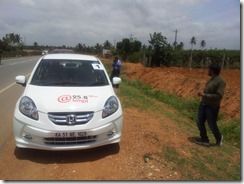 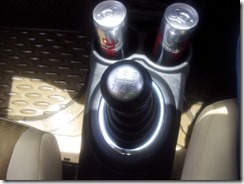 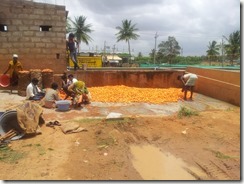 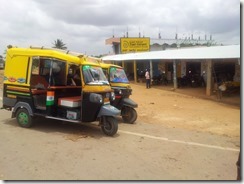 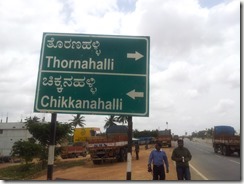 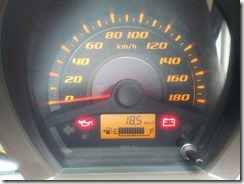 Some Pictures from the drive!