Rishi an Suman decided to catch up on beauty sleep after having a harrowing night together. But sleep was not easy to come. Suman continuously tossed and turned while she slept in Rishi’s arms. She was utterly scared and mortified. She was not used to being through all that happened. Heck she had not even seen a real gun let alone touch it. The entire experience was hair raising and blood curdling for her. Rishi on the other hand was used to all this gore. He could take it in his stride, forget it ever happened and even move ahead. However, lately even he had gotten concerned about Suman’s security. He had decided that he would speak to Sunny and get out of this profession altogether.
Around 10 in the morning Suman’s phone started ringing with a loud shriek. Suman woke up with a start and instantly knew who it was without looking at her screen. It was none other than Sneha. She had set a shriek as the ringtone for her contact number. So every time she called, Suman knew it was her mad friend calling. Suman answered the phone. What Sneha told next was enough to send her scurrying first for her clothes and next for the door. She had to reach her place ASAP and that was difficult if she did it on her own. She did not own a vehicle yet! She decided to wake Rishi up.
Sneha had asked her to come to the golf club. Suman was not sure why but did not question. There was no point. She wouldn’t say anyways. When she reached there, the first thing that caught Suman’s eyes was the endless greenery that she saw around her. She wondered since when Sneha started taking interest in these sports. Her answer was not too far away. She obviously could not get onto the golf course without any member escort. She decided to call Sneha up again.
Sneha was seated in the bar that was attached to the golf club so it was relatively easier accessing her rather than the golf greens! Thank goodness for that. Suman was worried for a minute! When she made it to the bar, for a change Sneha was not drinking her favourite scotch but was rather sipping a breezer! One welcome change since her return from the Maldives! Sitting next to her was a man sipping Black Dog scotch who looked to be around his mid thirties. This man sat at the corner of the table next to Sneha smoking a fat Cuban cigar. Sneha introduced Suman and Rishi to Danny. He was not what Suman had imagined him to be. She hadn’t met him earlier, but then she had heard a lot about him.
Rishi had met Sneha just once at the pub weeks back. He hadn’t seen her but heard a lot about her from Suman after that. And more so after the two girls had discussed him at length when Sneha was in Maldives! There was something about this man that was unsettling Rishi and making him uncomfortable. He was not sure what that was. He decided to take care of that later. 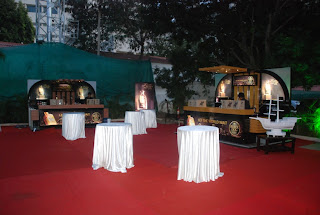